MASTER
Home
About
Get There
Tickets

By Cathedral of Our Lady of the Angels (other events)

The Cathedral of Our Lady of the Angels in Downtown Los Angeles is proud to welcome the LIBERA Boy Choir from South London for their Los Angeles Premiere Concert this Summer!  Tickets are now available for purchase.

The boys' original sound, described as both ancient and modern is familiar to audiences around the world.  The group’s albums have topped both mainstream and classical charts in many countries, and their recordings hold their place in top-tens alongside major artists like Bocelli. The majestic and acoustically engineered interior of the Cathedral of Our Lady of the Angels will provide a perfect setting for this highly anticipated Los Angeles Premiere!

Enchanting audiences wherever they go, they have attracted an enthusiastic fan base in many countries, particularly the US & Canada, Russia, UK, Japan, the Philippines, Taiwan, Singapore and South Korea.

In the US & Canada, Libera are known through their concert tours and TV appearances including nationwide PBS specials, NBC ‘Today’ show and ‘The Tonight Show.’ The boys had their US debut at the Kennedy Center Honors, where they performed in front of the President and a hall full of celebrities in a moving tribute to honoree Brian Wilson of the Beach Boys. This was followed by Libera’s participation in the Papal Mass at the climax of Pope Benedict XVI’s first visit to the USA. Performing to a capacity congregation of 65,000 at New York’s Yankee Stadium; Libera were the only British artists to take part in this historical event.

This is a one-night opportunity!  Share with your friends & families!  #LiberaLA 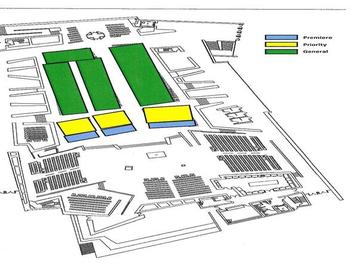 Cathedral of Our Lady of the Angels

other events by this organization